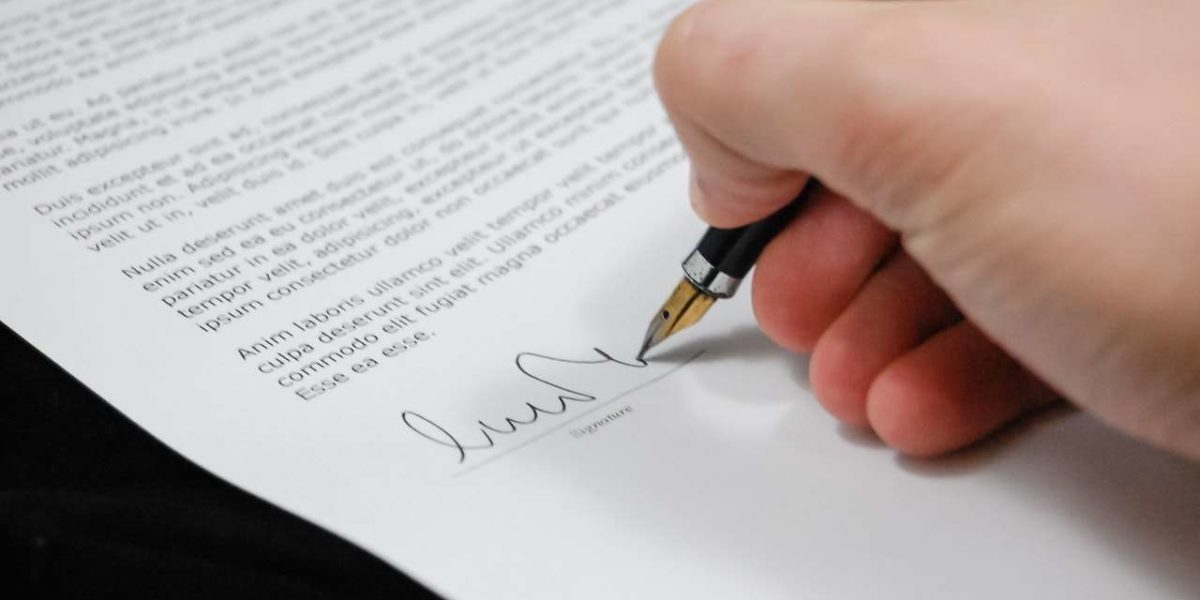 Generally speaking, contracts may be written or oral, although there are  exceptions requiring that some contracts be in writing to be enforceable. Of course, parties who enter into any contract would be well advised to put their agreement in writing.  The reason, of course, is that memories fade, and even at a point in time close to the making of a contract, the parties may disagree on what the terms of the contract are.

Theoretically, a written contract will avoid such problems, and the parties will know from their writing what exactly their agreement is. It is surprising, therefore, how many cases the courts have had to deal with in which the parties disagree on what the terms of the document they have signed mean and, therefore, what exactly their agreement is. In those situations, the courts are faced with the task of interpreting the parties’ contract, and this article discusses the rules of interpretation courts employ in doing so.

Even if it appears that the wording used by the parties is clear and unambiguous and can mean only one thing, the court’s first task in considering the meaning of contract terms is to consider any extraneous evidence offered by a party that would give the meaning of the words used something other than what appears to be their clear meaning. If, for instance, a different meaning than what appears to be unambiguous language is given to that language by those engaged in a particular trade or industry, the court will consider extrinsic evidence of such different meaning. In doing so, the court will first consider whether or not the language of the contract is “reasonably susceptible” to the interpretation asserted by one of the parties.

In one case, as an example, the insurance policy in question used the word “suit”. One of the parties asserted that that word not only meant “lawsuit,” but also included pre-complaint notices. The court determined that the word “suit” was not reasonably susceptible to such meaning.

Although the first step a court must take in determining the meaning of a contract is to consider extrinsic evidence offered by one or both of the parties, there is a limit on the use to which extrinsic evidence may be put. Extrinsic evidence is not admissible to add to, detract from or vary the terms of a written contract. The “parol evidence rule” prohibits the admission of any such evidence. The reason for that is that the rules of interpretation may only be applied to explain the meaning of the contract, and not to change the terms of the contract.

Extrinsic evidence may be admitted to show that the written document does not express the real agreement between the parties. The reason extrinsic evidence is admissible for that purpose is that that evidence does not purport to add to, detract from or change the parties’ contract; rather, the purpose is to show that the document does not express the parties’ agreement. As an example, if the intent of the parties was that the terms of the written document be effective only in the event a condition precedent was fulfilled, and the condition precedent was not fulfilled, then there would be no contract between the parties.

In interpreting the meaning of contract terms, the court will first presume that the words used were meant in their ordinary sense. The burden is then on the parties to present evidence to the court that one or more contract terms was not in fact meant in its ordinary sense. Evidence of an other-than-usual meaning for contract terms is typically limited to situations in which both parties are engaged in a trade or industry in which a different meaning than the ordinary meaning is applied to particular contract terms. In one example, the court ruled that “gross receipts” in an author’s royalty contract meant not only money, but also the value of other consideration received. The court so ruled because that was what “gross receipts” meant according to custom and usage in the entertainment industry.

However, if one of the parties is not engaged in the particular trade or industry in question, the court will not presume that he or she understood the term as it was understood by the other party. That is because, in that situation, there is no basis for determining that the first party understood the term in a different way than its usual meaning.

However, the courts are typically loathe to imply terms, because doing so can be viewed as interfering with the rights of the parties to determine what their contract will be. In order for a court to imply terms, the terms employed must be necessary in order to effectuate the parties’ intention. Nor will the court imply terms if the subject is completely covered by an express provision in the contract. That is because, in that instance, the implied term would add to, detract from or vary the express provision.

In one case, the court was called upon to interpret the meaning of an agreement to arbitrate disputes regarding “fees, costs, or any other aspect of the parties’ relationship.” The words “fees,” and “costs” were specific terms that were clearly understandable, and there was no dispute between the parties as to what they meant. However, the term “any other aspect of the parties’ relationship” was a general term which had to be interpreted. The court ruled that that phrase meant financial matters similar to disputes concerning fees and costs were to be arbitrated, but the provision did not require arbitration of other claimed breaches of the contract.

One rule of interpretation is that if there is an ambiguity in a particular contract term, and the parties disagree as to its meaning, the contract provision is to be construed against the party who drafted that provision. This rule applies only if the other rules of interpretation discussed above do not remove any and all uncertainty.

In some instances, parties enter into multiple contracts concerning the same or similar subjects, and do so at around the same time. In that instance, all the documents will be considered one contract, for purposes of determining the meaning of provisions in any one or more of the documents.  In like manner, the incorporation of one contract into another will result in a consideration of the purpose and meaning of both documents as if they constituted one contract, in determining the parties’ intentions and the meaning of particular contract provisions.

The Law Office of William J. Tucker is familiar with contract principles, and provides free initial phone consultations to individuals and companies who have issues, concerns or questions about these subjects.  Feel free to Schedule an Appointment.