William J. Tucker Law > Blog > Miscellaneous > Freedom of Speech And Freedom of the Press Versus the Right of Privacy 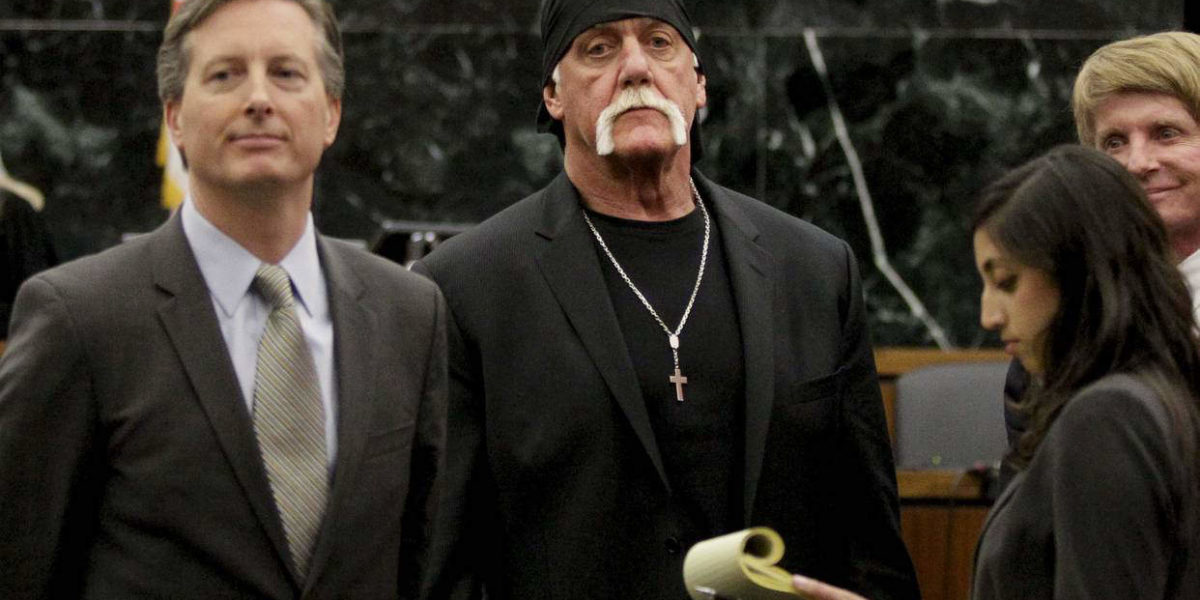 In the mid–2000s, Hulk Hogan, whose true name is Terry G. Bollea, had a sexual encounter with Heather Cole, the wife of Hulk Hogan’s friend, Todd Clem, a radio shock jock who had legally changed his name to Bubba the Love Sponge Clem.

Todd Clem, who had previously encouraged Hulk Hogan to have sex with his, Clem’s, wife, filmed the sexual encounter between Hulk Hogan and Heather Cole. Thereafter, Clem apparently provided the tape to Gawker.com, an online publication which published the tape. Hulk Hogan then sued Todd Clem and Heather Cole for invasion of privacy.

Hulk Hogan settled his lawsuit against Todd Clem and Heather Cole for a relatively minor amount. He then sued Gawker for invasion of privacy, seeking $100 million in damages. Gawker defended on the basis of its First Amendment rights to freedom of speech and freedom of the press, and on the grounds Hulk Hogan was a public figure, had previously bragged about his sexual escapades and prowess, and that the public had an interest in Hulk Hogan and his sex life.

Hulk Hogan, who denied knowing that his encounter with Ms. Cole was being filmed, countered that his celebrity status as Hulk Hogan did not deprive him a right to privacy with respect to his private life; that Gawker neither requested his permission to publish the video nor warn him in advance that it would do so; and that Gawker was not acting as a true journalist, but instead, acted solely for its own commercial gain.

The jury found in favor of Hulk Hogan after six hours of deliberation, and awarded him $140 million, composed of $55 million for economic damages, $60 million for Hulk Hogan’s emotional distress, and $25 million in punitive damages. Gawker appealed the judgment, but then settled with Hulk Hogan $31 million.

THE BATTLE OF CONSTITUTIONAL RIGHTS

Everyone knows that Freedom of Speech and Freedom of the Press are two of our most fundamental rights as Americans. The free exchange of ideas is of the utmost importance to a free society, and can only be achieved and maintained if individuals are free to speak their minds and are afforded a venue in which to be heard. Freedom of the Press is vital to a free exchange of ideas, because it is the vehicle through which most information and ideas vital to a knowledgeable society are generated. How then can these fundamental rights be trumped by a “right of privacy” nowhere mentioned in the United States Constitution, let alone in the Bill of Rights? The answer appears to be: oftentimes easily.

Prior to 1965, a right of privacy was more of a concept than a matter of constitutional import. That changed with the case of Griswold v. Connecticut 381 U.S 479 (1965). In Griswold, the Executive Director of Planned Parenthood of Connecticut and one of its physicians were convicted as accessories for providing married persons information and advice on how to prevent conception and for prescribing a contraceptive device for the wife’s use. A Connecticut statute made it a crime for anyone to use any drug or article to prevent contraception.

The United States Supreme Court ruled that, “The Connecticut statute forbidding use of contraceptives violates the right of marital privacy, which is within the penumbra of specific guarantees of the Bill of Rights.” The Court noted, for instance, that the First Amendment’s right of association, the Fourth Amendment’s right to be free from unreasonable searches and seizures, and the Fifth Amendment’s privilege against self-incrimination, were examples of “zones of privacy” inherent in the rights granted to individuals in the Constitution.

At the time of the Griswold decision, there was no constitutional right to privacy under California law. However, in 1972, the California Constitution was amended to provide: “All people are by nature free and independent and have inalienable rights. Among these are enjoying and defending life and liberty, acquiring, possessing, and protecting property, and pursuing and obtaining safety, happiness, and privacy. California Constitution, Article 1, Section 1.  (Emphasis added).  Since then, the right of privacy in California has been greatly expanded, and today there are more than 90 California statutory provisions which protect individuals’ privacy rights.

In 1994, the California Supreme Court enunciated the following three-part test for determining if one’s privacy has been violated: (1) a legally protected privacy interest; (2) a reasonable expectation of privacy in the circumstances; and (3) conduct by the defendant constituting a serious invasion of privacy.  Hill v. National Collegiate Athletic Association (1994) 7 Cal. 4th 1.

Similarly, in Florida, where the Hulk Hogan v. Gawker case played out, there was no Florida constitutional or statutory right of privacy at the time of the Griswold decision. By the 1980s, however, Florida had established the following test for determining if one’s privacy has been violated (1) a publication; (2) of private facts, (3) that are offensive, and (4) are not of public concern. Cape Publication, Inc. v Hitchner 549 So. 2d 1060, 1062-63 (Fla. 1989).

The jury in the Hulk Hogan case found that Hulk Hogan’s right of privacy had been violated.  They accepted Hulk Hogan’s testimony that he was unaware his sexual encounter with Clem’s wife was being filmed and, therefore, that Hulk Hogan had a reasonable expectation of privacy.  Further, that the sex tape was not a matter of legitimate public concern, and was offensive.  One would expect that, in assessing the issue of public interest, the jurors would have asked themselves whether, if they were in Hulk Hogan’s shoes (not literally, of course), would they have thought that what they were doing was nobody else’s business. Obviously, their answer was “yes.”

As the Hulk Hogan case teaches, freedom of speech and freedom of the press, although constitutionally protected, are not absolute, and in a proper case, must yield to an individuals’ right of privacy.